The Colour of the birds above is known as "Barred"  hence the name; Barred Plymouth Rock..

Commonly known & often sold as 'Barred Rocks' are one of the most popular and well known of the dual purpose breeds for backyard flocks in New Zealand....

A heavy breed renownly kept not only for their stunning appearance, but also as an excellent utility bird for both eggs and meat, is a very heavy, large friendly bird, generally very good foragers, with stunning zebra stripes, (known as "Barred") making them a very striking breed to have around.


The Plymouth Rock is often crossed with commercial white cob birds, ( more often than not the white colour variety, for colour purposes only ) making an excellent roasting chicken, such crosses can be found in many overseas supermarkets.

One of the most versatile of the utility breeds. . . is the ' Barred Rock '
The Plymouth Rock breed also comes in white [White Rock] and the rarely seen buff & blue colouration as well, but these colours not as widely keep. 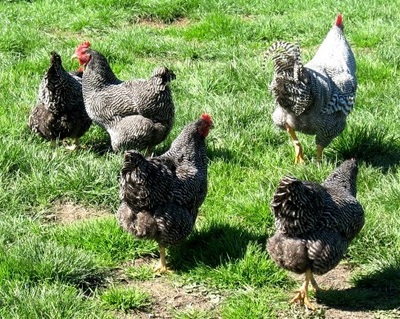 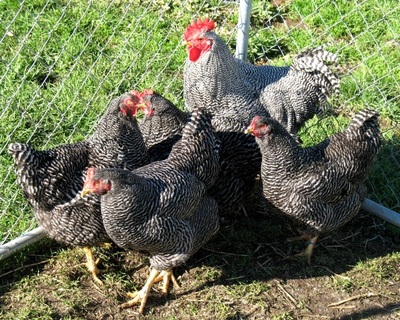 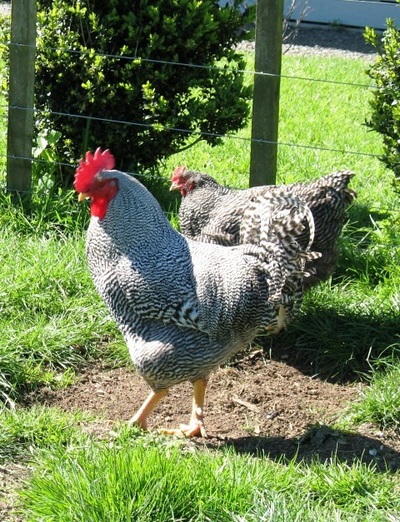 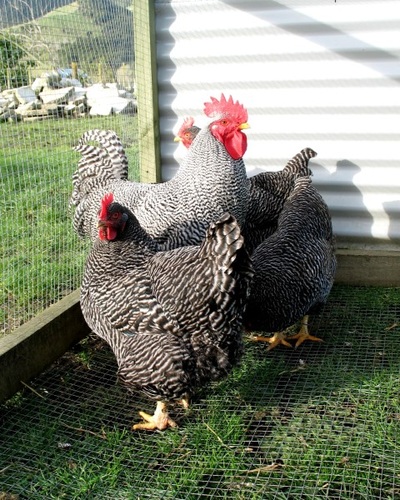 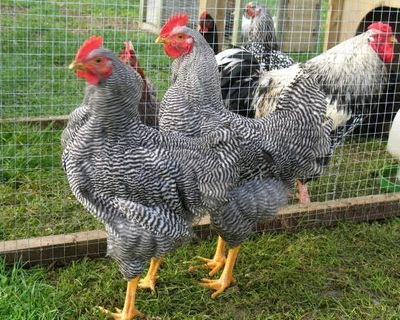 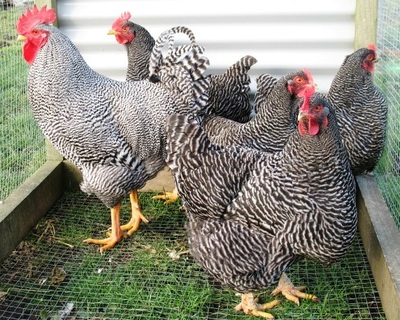 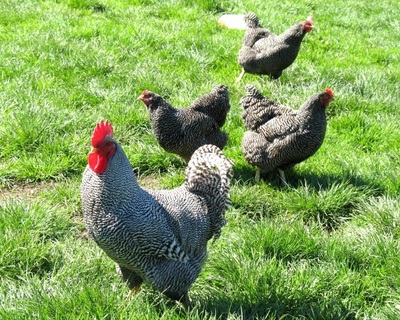 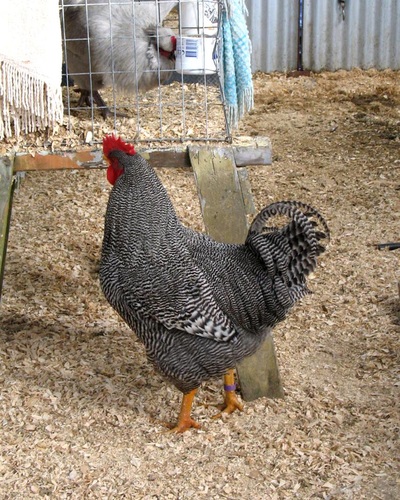