A rare breed not as commonly found here in New Zealand..

Originally developed in a small village called Welsum in the eastern Netherlands. . at the beginning of the 20th century from local fowls' of mixed origin, including  Rhode Island Red, Wyandottes, Barnevelder, Leghorns and Cochins.

A lighter - medium breed,  which is both  friendly and intelligent with rustic-red and orange colouring,  known as 'Partridge' - other colour varieties include Silver Duckwing and Gold Duckwing.

We only keep the beautiful golden partridge colouration here (which is the only colour of this breed in NZ) with their rich golden, red-brown feathering and are also friendly, inquisitive birds which are easily suited to a free-range lifestyle or a coop situation.

They are known to be moderate layers of lovely dark brown eggs, although in NZ many have a much paler brown egg colouration.

Our Welsummers have reasonably good medium - darker brown eggs and have proven themselves to be quite good layers so far all-be-it a little inconsistent depending on the time of year.

However their egg colour does tend to fade over time as the laying season progresses on, until their annual moult, when they come back into lay again once they have all their new feathers and will start to lay their lovely brown eggs again for the new season ahead.

A classical & beautiful looking bird with their golden - brown tones - shinny black in the Roosters, as often seen in many farm yard paintings!

The Welsummer are quite a rare breed in New Zealand and has a very small gene pool, so it can be fairly hard to find very good examples of the breed here in New Zealand that are free from any faults. 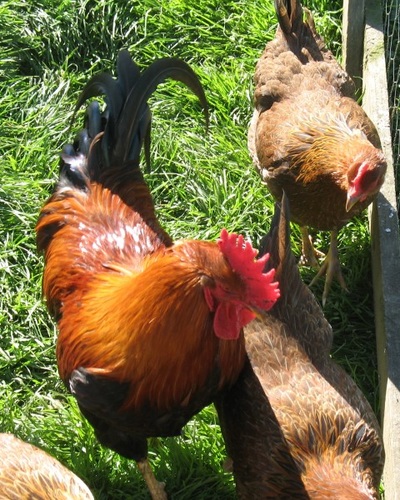 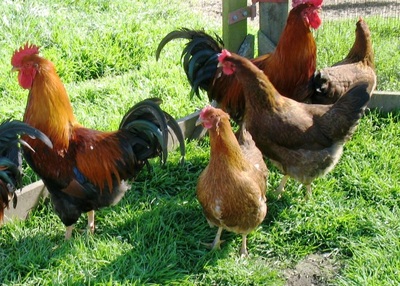